I always felt like he was interested in actually understanding what we do. He’d ask these follow-up question that at first kind of annoyed me, because I’d wonder: ‘Is this important?’ But after a while I saw the value, because he really understood what we were doing and why we were doing it. Instead of just saying ‘Yeah, yeah, I’ve got it, I’ve got enough here, I can write an article,’ and then missing 30 or 40 percent of it, Dave caught the little details. That’s because he spent the time either asking the questions—and not letting me off the hook with one or two word answers—or researching it himself. That’s probably the biggest difference that I’ve seen working with Dave: His work is a lot more in depth than most people’s.

It’s rare to hire a sub-contractor who is as easy to work with as Dave is, yet delivers such exemplary work product. He’s a careful listener, always exploring possibilities, with deep insight into writing content that connects with the target audience. For one of our B2B clients, the content Dave generated was central to their most successful SEO campaign to date—driving a 66% annual increase in non-branded organic traffic, and a 35% increase in leads generated. And the content he created wasn’t just fluff—it’s among the highest quality content on the site. Needless to say, we’re very happy (and so are our clients!)

I especially want to compliment the exceptional effort … David Erik Nelson, whose teaching skill and technical writing expertise greatly facilitated our goal of sharing the Scholars’ work in a timely way within the academic community.

The thing that I found instantly appealing about it is the absence of what I call ‘assumed stupidity’ on the part of the reader. The Do-It-Yourself (DIY) air throughout the book, the underlying assumption of intelligence, caution, and ability in the reader is refreshing.

[Nelson offers] a wealth of relevant information representing many viewpoints of the current discussions surrounding the 1986 disaster at the Chernobyl nuclear power plant … . Each article, skillfully drawn from multinational secondary sources, provides researchers with an admirable base for reports. Along the way, a number of well-chosen, colorful photos and sidebars on related topics personalize what is a compelling account of the Soviet environmental and human tragedy.

Just a few of the organizations we’ve helped: 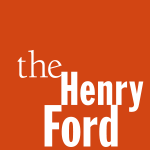